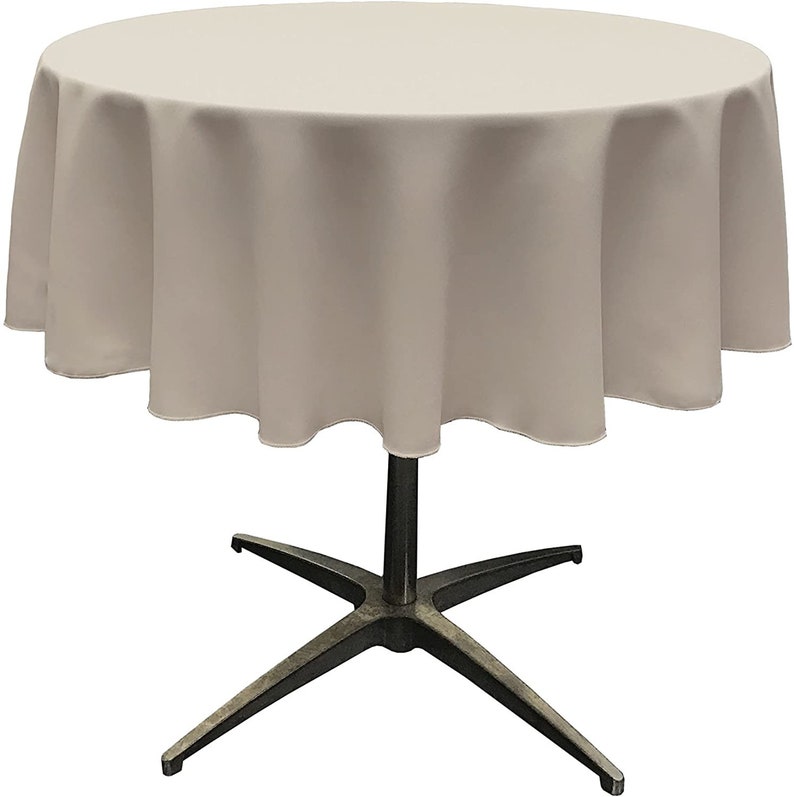 The digital images we display have the most accurate color possible. However, due to differences in computer monitors, there may be variations in color between the actual product and your screen

Serged edge for a clean look.

Readymade Golden Sleeveless saree blouse in brocade, embellished
Background.
Bit late with this one (and updating the blog more generally) due to real life. But here it is: the Red Hand Destroyer Squad. The so-called "Red Hand" is the Butcher's Mark - awarded to those who displayed excessive violence by the Master of the World Eaters, or to those who simply slay much higher ranked officers in the same legion. Rather than these squads being made up of brothers who share fraternity with each other, they are stand out rivals; competing with each other in the World Eater's vanguard to be worth of the symbol.
Strengths.
These units are destroyer squads with some nice extra upgrades and rules. The Bearers of the Blood Hand rule is a kind of negative harkening back to the old days of Khorne Berserkers in 4th Edition 40k -- they have to charge an enemy within 12 inches if possible. The Ravaging Assault rule gives them +1 to combat resolution and sweeping advances. Together, and with upgrades, this makes this squad a frightful opponent in close combat. Counter attack and the usual World Eaters rules is just the icing on the cake.
Weaknesses.
This is an "ordinary" squad of marines with 1 wound and a 3+ save each. Treat them as such!
The biggest problem is that they take up a very cramped Elites spot in my opinion.
Builds.
10 Ravagers, 2 with Thunder Hammers, and the Blood Bonded with a 3rd thunder hammer and artificer armour. (260 points).
Take a rhino. Hammer time.
5 Ravagers, all with jump packs, 1 missile launcher with suspensor, Blood Bonded with power fist. All with jump packs. (175 points).
A bit of a base line unit, but also a distraction carnifex.
15 Ravagers, all with jump packs, 3 missile launchers, Blood Bonded with power fist. (415 points).
Getting to a larger size here, and a significant threat when used well.
The above builds don't explicitly use twin falax blades and the like, but feel free to experiment in that department. Phosphex bombs would also be useful in certain situations and could well be added to the second squad listed for additional threat.
Posted by jabberjabber at 20:45 No comments: Labels: elites, HHReview, world eaters
Email ThisBlogThis!Share to TwitterShare to FacebookShare to Pinterest

Black Dice Pattern Washable Face Mask (Adult Size)
Background.
I like the background to the Dominator Cohort: long before the Heresy, these warriors were the chosen few of the Iron Warriors and sworn to protect and serve Perturabo in battle. However, the Iron Circle automata came along in the Battle of Phall and effectively displaced them. Their hatred toward the automata subsequently increased and they became the resentful elite of the Iron Warriors machinery, despite their own failings.
Strengths.
This is a unit of thunder hammer terminators that hate cybernetica and can replace the Iron Circle as their Primarch's bodyguard (in which case they drop their hatred rule and don't occupy a force organization slot, as well as gain feel no pain). They get a limited choice of upgrades (but a really nice multi melta option!), and a nice bonus pip in weapon skill. Implacable Advance and Stubborn round out their rules.
Weaknesses.
Honestly, they appear on paper to be a bit "bland". On the battlefield this is probably true as well. I suspect the uses for them are against Mechanicum opponents, and can be used well in combination with the Primarch too. But their utility is very situational and they're not that much better than a baseline squad that can otherwise be built from the regular elites choice.
Builds.
Don't forget the land raider Phobos to taste for the builds below...
5 Dominators, 1 with a multi-melta (300 points).
My baseline unit.
5 Dominators, 1 with a multi-melta, 4 with combi-meltas (328 points).
Melt those robots out of your sight.
10 Dominators, 2 multi-meltas, 8 combi-meltas, 5 chain fists (581 points).
Probably a good version for large battles actually.
Posted by jabberjabber at 20:20 No comments: Labels: elites, HHReview, iron warriors
Email ThisBlogThis!Share to TwitterShare to FacebookShare to Pinterest

Very excited about this one! But what about the bike? Hmmm.

Posted by jabberjabber at 15:49 No comments: Labels: forge world
Email ThisBlogThis!Share to TwitterShare to FacebookPattern beads/Tutorial a panda Beaded 3d PDF How to make a stuff

Vintage Hello Friends Little Star Childrens Board Book
Background.
The terminator elite of the Night Lords, and all swearing fealty to Sevatar. Armed to the teeth (in some cases literally), they are noted to be shock troops, yet also very prone to the Night Lords' failings of being little more than a disunited rabble who might plausibly turn against their own.
Strengths.
Although one might read the stat line and not think much of it, these marines are still terminators, and in Tartaros Armour as standard. Better though, they inherit something that is almost unique in the legions and belongs to the Night Lords -- not the special rules associated with the legion -- but the use of teleporter transponders. This means that they are invariably going to be in the right area most of the time and little thought needs to be applied to how they will be transported around. I honestly wish other legions had more regular access to this technology outside of rites of war, but for the Night Lords, it is a true and powerful boon.
The equipment choices available mean that they can be kitted out in a strong variety of ways -- we will look at some sample builds below. The disordered charges against them, coupled with trophies of judgement make them all the more powerful melee opponents. Implacable advance is also very welcome here.
Being sword to Sevatar, the Atramentar can be taken as troops, but is Sev is killed, they will no longer be scoring. This leads us naturally into the next section.
Weaknesses.
One wound terminators won't last too long unless they get where they need to be and stuck into the fray. Even with the transponders, these marines are vulnerable to high volume, and high strength firepower, and this should be taken into consideration.
Builds.
Remember that the Night Lords really excel when the unit size is large. Hence some of the builds below, whilst expensive in terms of points cost, try to allow for this fact. The Night Lords want to conduct an Alpha Strike and rout enemies through fear. These terminators play that role well.
5 Atramentar; power axes (270 points).
This is actually the baseline unit. It is viable "as is". That said, it is more of a "distraction carnifex" than anything else.
20 Atramentar; 4 heavy flamers; 6 combi-flamers; 1 thunder hammer (817 points).
I actually wouldn't play this unit, but it is fun on paper at least!
10 Atramentar; 5 with Lightning Claws; 2 thunder hammers; 2 chain fists (545 points).
This is one that I would play. Why? Because Night Lords want to be conducting an Alpha Strike via close combat as soon as possible. This unit can take on most things in the game and look good doing it. Teleport in, and start the murder. Take grenade harness to taste.
10 Atramentar; 2 plasma blasters; 5 combi-plasma; 5 power fists (510 points).
An excellent mid-range unit capable of outputting serious fire power to blast away opponents or light tanks, and following it up with deadly power fists. This is a unit I would also run.
Posted by jabberjabber at 19:49 No comments: Labels: elites, HHReview, night lords, troops
Email ThisBlogThis!Share to TwitterShare to FacebookShare to Pinterest

The Defence of Sotha: Aegida's Lament

A 14ct gold pendant set with four princess cut diamonds and fourThis month's Horus Heresy supplementary review is a long awaited welcome to the Night Lords' Atramentar Terminators!
The supplement is available via the Warhammer Community here, and this time we are focused on when the Night Lords invaded the outskirts of the Ultramar Empire to try to capture the Pharos -- the full events of which are told in the Horus Heresy novel by the same name. Key to the Ultramarine's defence of their realm, the artefact is clearly a grand prize for either legion to possess.
In the supplement, we learn more of the Night Lords who undertook the invasion to attempt to capture it, along with witnessing their grizzly acts in the process. The Ultramarines who defend against this are well accounted for too, but the stars of the show are the Atramentars.
Clearly the series is going to be selecting units that have been explicitly noted in the novels but never really allowed the chance to shine on their own or given any rules of their own to play with. The Atramentar are such a welcome addition to the Horus Heresy rules set, and their absence has long since been lamented. This is now brought full circle and we witness their full g(l)ory here in this release.
I will review the unit separately in a future post (incoming later this week with a little luck) and will review the mission provided in this publication too as a third post. For this post though, I am continuing my amazement and excitement at seeing these important parts of the Horus Heresy come to light. There are certainly bits in the publication that will pique the interest of veteran Night Lords and Ultramarine fans alike. The writing is high quality, coherent, and in line with expectations of what happened for the battle of the Pharos in the novel, along with new light shone on the combatants that were immediately to hand. Excellent stuff really!
[Aside: I am personally looking forward to seeing future rules for the Effrit Stealth Squads for the Alpha Legion. Please please please Warhammer Team, if you read this blog can you grant my wish? Love from me! xx]
Posted by jabberjabber at 18:45 5 comments: Labels: HHReview, night lords, scenarios
Former knife holderBlogThis!Share to TwitterShare to FacebookShare to Pinterest

The Forge World model for Corax is one that I've had in the collection for a little while, but only recently found time to assemble together. The sheer amount of resin involved in the miniature is one of the larger amounts for the Primarch series within the Horus Heresy, and this alone means that would be modellers need to take some time to get everything right.

For me, the nice parts were the long rods that features in the shoulders to provide stability to the arms for Corax. On the same point, but in entirely the opposite sense, I found the side engines on the jump pack to be most fiddly since they can be orientated in a number of ways. The wings are also very delicate and need some care to be fully processed (including cleaning, as well as removal of flashes and the like). I could have spend longer doing the wings, but it won't detract significantly from the subsequent painting that I will end up doing since the mould is now clearly ageing and some of the details, whilst crisp, are arguably not quite what they once were.

My new rule for buying Forge World miniatures is to purchase them when they come out fresh. That way, one is almost guaranteed to have as optimal a cast of the miniature as possible.

Regardless of this, the miniature is still totally amazing. The sheer dynamism encapsulated in the way that Corax is landing hard on the rubble and shooting at his foe is impressive to say the least. It is one of my favourite Primarch sculpts (much better than, say, the Ultramarines' Roboute, or the Imperial Fists' Dorn who by comparison are relatively static). This is much more on the level of the World Eater's Angron, or the Emperor's Children's Fulgrim sculpt - and I really appreciate that.

Tutorials: Tree Making I and II

Popular Posts of the Month